[Future Fragments] THE NEW ALPHA DEMO IS OUT! 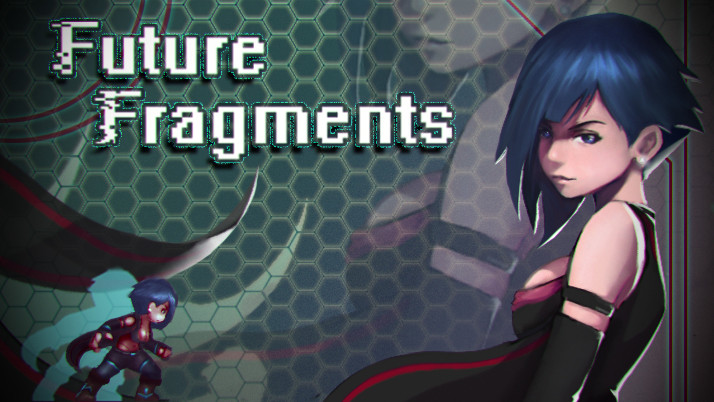 As this is an Alpha demo, we intend to release another demo, an "upgraded one" sometime soon, with these added features;

Be sure to read the readme files in the zip file, btw!

Go to http://www.patreon.com/futurefragments to support us and get some really neat rewards, like the following;

Also, to clarify, if you pledge ONE TIME at ANY LEVEL, you get THAT LEVEL'S (OPTIONAL) bonuses FOREVER, plus a copy of the game if that's in that reward level.

And http://hentaiwriter.tumblr.com will have updates on the game every so often, as well as updates on any other projects I'm working on eventually!

(Finally, if you want to see some art for the game, check the bottom of this post!)

So let's get right into what this game is!

Future Fragments is a platforming game, with a Science Fiction theme.
The easiest way to imagine it is a combination of the following;
-Sidescrolling platformer game mechanics
-Science Fiction aesthetics
-Old school, yet fair, difficulty
-Lots and lots of sex with a huge variety of enemies

Additionally, there's a large amount of world building/backstory to the game that's accessible through "Databanks", computer terminals you can access around the game. (Patrons can get their names/characters in these, and this demo has quite a few of those in fact!). The player isn't required to read these to advance in the game though, so they're more for extra enjoyment, they're optional.

The basic storyline is as follows;

You play the part of Talia, an 18 year old female magician, living in the Medieval Ages. You're easily one of the most talented newcomers under your King's reign, and he has a special assignment for you; you're to be sent 2,000 years into the future, along with the #1 ranked magician in the kingdom (Mage B, unnamed as of yet), to find and gather artifacts to bring back to the present time, in the Medieval Ages.

The King wants these artifacts to gain power for your domain, and to protect his citizens from evildoers who threaten the safety of his kingdom. Unfortunately for the King though, his magicians have different plans.

Talia and Mage B both want the artifacts for different reasons; Talia wants them so she can set out on her own, free of anyone ruling over her, and Mage B wants them to overthrow the kingdom and become the new ruler of it. So, it's a race to find these artifacts, and to get back home, before the other magician does.

However, the future is full of a LOT of strange changes to society, and a lot of dangers, including a whole host of really, REALLY pent up things that want to have their way with the mages...

Common problems with the demo and clarification/answers regarding them;

PROBLEM #1: I get lost easily and hate backtracking.

ANSWER: For this demo, we can't change the maps, but for all future demos and the full game, we'll be drastically changing the way the maps are laid out. Essentially, each room will only have two doors (going back/going forward in the level), making it basically a linear sidescroller.

However, each room will also be large, with multiple small areas that you can venture to that will have various challenges (enemies, platforming challenges, etc.) that will reward you with Databanks or Sci-Fi artifacts. This way, people who want to just progress in the game can just literally go straightforward without fear of being lost, and people who want to find the Databanks and other things can rest assured that they won't be lost.

ANSWER: If the game runs slow, be sure to check that nothing in the foreground is running (music players, for instance) as it will take priority away from GameMaker, and this can make the game run terribly. We'll be porting the game to C++ with all future demos, so this shouldn't be a problem in those future demos/full game, though, this is just a GameMaker-centric problem.

ANSWER: Map 15 takes an excessively long time to load; this is related to the above reason (GameMaker problems, won't be a problem in the full game/upgraded demo.) Just give it a little bit and it'll load, sorry about that!

PROBLEM #4: I keep falling to my death because I don't know if the area below me is a pit or an area I should explore.

ANSWER: Bottomless pits can be identified through multiple means;
-Ducking will lower the camera quite a bit; this should allow you to see platforms and so forth better if need be. Be sure to look around the area for platforms that may direct you where to go next, as well.
-Many bottomless pits have yellow stripes on the platforms on the edge of the pit, but not always; if you see the yellow stripes, it's highly likely a bottomless pit.

In the full game, we'll have particle effects (fire embers, etc.) coming out of the bottomless pits so you'll know they're pits, too. The bottomless pits will also ONLY be in the Fire Level (as it's a storyline/game mechanic required for the way we have things setup).

PROBLEM #5: Is my sound broken? I don't hear any actual sex noises from the enemies themselves.

PROBLEM #6: Attacking some enemies on some maps is really hard, is there a trick I'm not doing right?

ANSWER: No, some of the enemies are deliberately in tricky areas to attack, for one of two reasons;
1) A lot of the enemies can be baited into running into bottomless pits or trapping themselves in certain areas where they'll be mostly harmless; I designed some of the rooms intentionally around this.
2) Talia is essentially breaking into a facility 2000 years into the future; combat shouldn't be her first means of defense, so if you find yourself in a situation where it would seem difficult to defeat all the enemies, run away or avoid them! Some of the maps are even designed around this where you should feel a need to get through the area quickly lest the enemies catch up with you and surround you, etc.

That said, we'll also have a moving attack and a proper jumping attack in the upgraded demo, and we'll be adjusting enemy health to better fine tune things for the future updates of the game too.

Here's some SFW (following blogspot policies) animations for the game that TriangulatePixels has gotten done;

That about wraps things up; again, please, if you can support us with any amount, it means the world to us, and we are working very hard to get this game out ASAP while still maintaining a high level of quality. Also, if you think this game is worthy of your time and money, please do pass the news on about this game to others you know!

Support our games on Patreon!

Want to get the latest game updates? Follow me here!